"IT WASN´T RAINING WHEN NOAH BUILT THE ARK"

Gian-Marco is an internationally recognized leading specialist in:

Gian-Marco is an expert consultant in the development of Special Mission Systems for:

"space called, I answered .. and space is what I am"

Born in Milan, Italy in 1969 to a family of Milanese, Istrian, Jewish, and Chinese descent, but calling Cocoa Beach, Florida, home, Gian-Marco currently spends most of his time between the South Tyrolean Alps and the Trieste Gulf shores. He speaks Italian and English at mother tongue level, besides having a very good command of German. He considers himself of Istrian-Italian ethnicity.  A staunch supporter of the US Republican Party, of the State of Israel, and of the Zionist movement, Gian-Marco is a polymath with an eclectic range of interests including security science, prepping & survival, cognitive security, systems thinking & systems theory, geopolitics, history, and art. He is an admirer and follower of the late writer, economist, and singer Howard Ruff and of the late US President Ronald Reagan.  A long-term member of the NRA, he is an advocate of firearm safety & gun rights.

Gian-Marco is the CEO & CTO of TORBJOERGS (SCIENTIFIC) LTD, a security science consulting group and a mixed holding firm, and of CORMORANT CONSTELLATION, a defense holdings & services company.  Moreover, he is the creator of the TRIESTE LIVING SEALAB concept, of DUCKWORX, a wing-in-ground research group, of the ROCKTHOR RURBAN SURVIVAL CENTER, the first preparedness academy dedicated to survival and family safety in urban & peri-urban settings, and of ASTROBIONIX, a NewSpace think tank dedicated to manned planetary exploration, to the utilization of space technologies for life on Earth, and a leading developer of assistive robotics systems, of biosuits & exoskeletons, and of advanced life support systems & telemedicine applications for exploration missions in harsh environments.

Passionate about off-road racing and cross-country rallying, Gian-Marco developed THOR, a combination of racing & combat vehicle, as there is no better proving ground than a grueling Baja race. THOR was displayed at the 2011 Geneva International Motor Show. He was also an investor in other special vehicle projects. 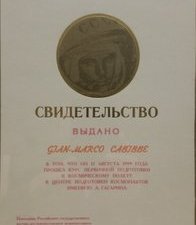 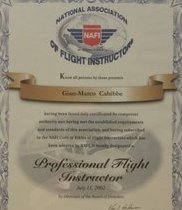 The logo: on the foreground, the logo depicts the first character of the Chinese word for "outer space" (太空), thus underlying Gian-Marco´s heritage in the space sector. It is also used as the crest of the Cabibbe family. In the background, it depicts the "vegvísir", an Icelandic magical stave intended to help the bearer find their way through rough weather .. a very appropriate symbol for somebody dedicated to exploration, survival, and bold investments in disruptive concepts.  The colors: the official colors, solid or in camo pattern, are deep blue to symbolize space, the sky, & the oceans, tactical green to symbolize the land and the defense & security expertise, international orange to symbolize safety, training, experimental prototypes, and to recall the color of the flightsuits of research pilots and Space Shuttle astronauts, and a white shadow to symbolize the whole electromagnetic spectrum & ethical cyber hacking.

join my network on LinkedIn